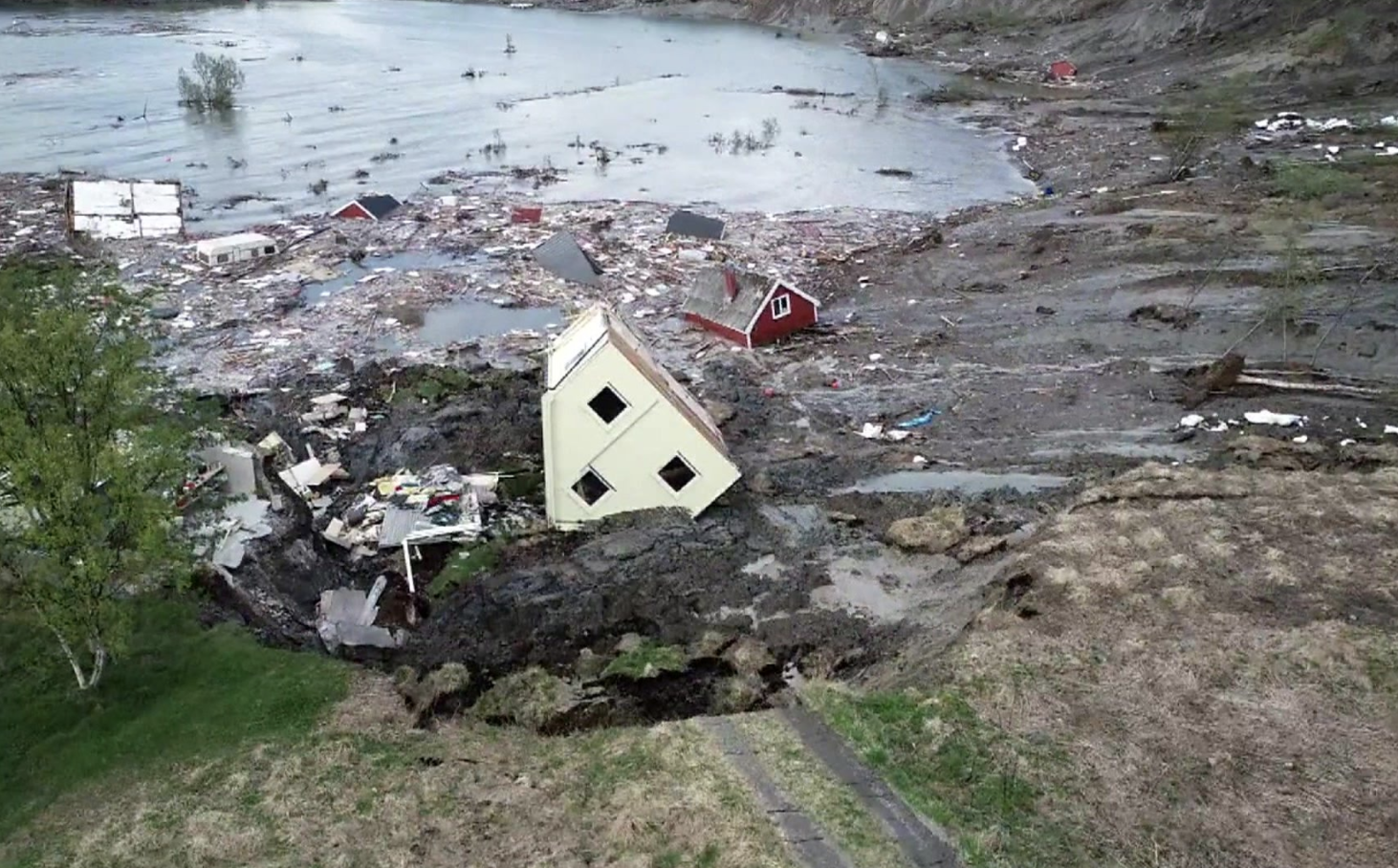 A massive landslide caused a huge swath of land and several houses to be swept into the sea near the town of Alta in northern Norway the afternoon of June 3. The landslide was 2,133 feet (650 meters) wide and 492 feet (150 meters) deep. Video of the landslide went viral on social media as people watched the dramatic footage of eight homes and cabins crumbling and being dragged into the sea. Fortunately, no one was hurt during what scientists have described as an unusually rare occurrence. A dog was temporarily lost in the landslide, but ultimately escaped unharmed after swimming to shore and eventually being picked up by a rescue team.

A landslide such as this is a rare occurrence in the area. According to a local resident, landslides “happen in Norway, maybe every one or two years. Here in Alta, there has never been a slide that big.” Local officials have confirmed that there were a number of minor landslides in the area before this incident, resulting in significant instability. It is believed the considerable snowfall in the mountains this year was also a contributing factor. Officials in Norway are monitoring the seabed and nearby land over the weeks ahead to get insight as to whether another landslide could potentially occur again.

The Alta area is largely populated by vacation homes, and so most of the buildings near where the landslide occurred were empty, which was a significant factor in avoiding a worse outcome from a health and safety standpoint. Alta mayor Monica Nielsen said “the extent of the damage is considerable, and there’s a lot of debris.”

Landslides can be triggered by any number of human-made incidents, as well as by ecological occurrences. Although incidences of this magnitude are exceedingly rare, they can have devastating consequences. Officials have testified to their relief that no lives were lost as a result.