Natural Disaster in Norway Causes a Big Sigh of Relief 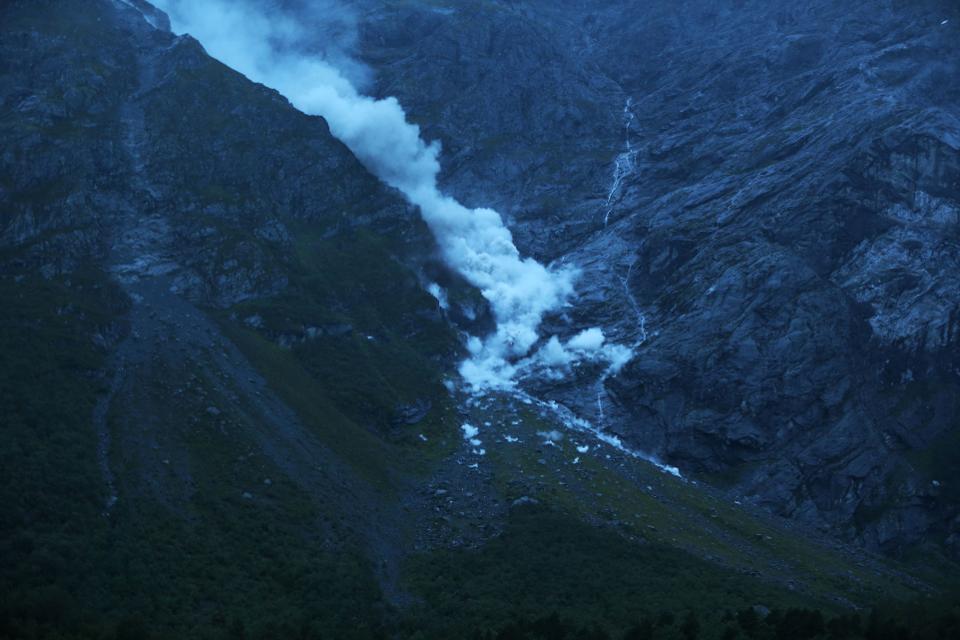 For over five years, residents of the Rauma Valley in Norway have nervously awaited the collapse of an unstable section of mountain known as Veslemannen (Little Man). On the evening of September 5, their nightmare turned into a happy dream come true. Rather than collapsing in one big piece that could have destroyed houses and railways, the rocks tumbled down just short of the town of Rauma. The impact was so significant that it registered on seismic monitors as far as Bergen and Trondheim.

It’s no wonder citizens of Rauma are rejoicing after having dealt with 16 warnings and repeated evacuations. Geologists believe that heavy rainfall was to blame for the shifting mountain and eventual collapse. Kjell-Børge Freiberg, the nation’s minister for energy and oil, even warned Norwegians about the effects of climate change to their landscapes: “We know this might happen again, even in places that used to be safe.” Although there is still uncertainty for the future, Rauma is taking the time now to celebrate this relief.

It is not surprising that this potential disaster loomed over the heads of Rauma citizens for the past five years; the history of natural disasters in Norway has not helped calm any minds. In fact, there have been at least five instances where mountain collapses have caused deaths and catastrophic events. The Tafjord Tsunami of 1934 is one such event that inspired Norway’s first ever disaster movie, known as Bølgen.

The tsunami of 1934 was caused by an expanding mountain crack that resulted in a landslide. Part of the mountain, known as Langhammeren, plummeted into the fjord and caused three tsunami waves up to 60 meters high. The waves then followed the natural path of the fjord and overtook three villages in the middle of the night. Those who awoke attempted to race to high ground, but 23 people from Tafjord and 17 from nearby Fjøra tragically lost their lives.

As stated in the beginning of the movie Bølgen, “It has happened before. It will happen again.” Geologists are constantly monitoring various mountains in Norway and are anticipating future disasters. The Åknes mountain near Geiranger is of particular concern as it has a very large crevice that, when it collapses, could create a tsunami larger than the one in 1934. People who live in such areas of Norway are constantly aware of the dangers posed to them. But like the citizens of Rauma, sometimes all you can do is take one day at a time and be thankful for a win.

By Linnea Kephart|November 16th, 2019|Categories: Blog|Comments Off on Natural Disaster in Norway Causes a Big Sigh of Relief