Out of this World: Solobservatoriet 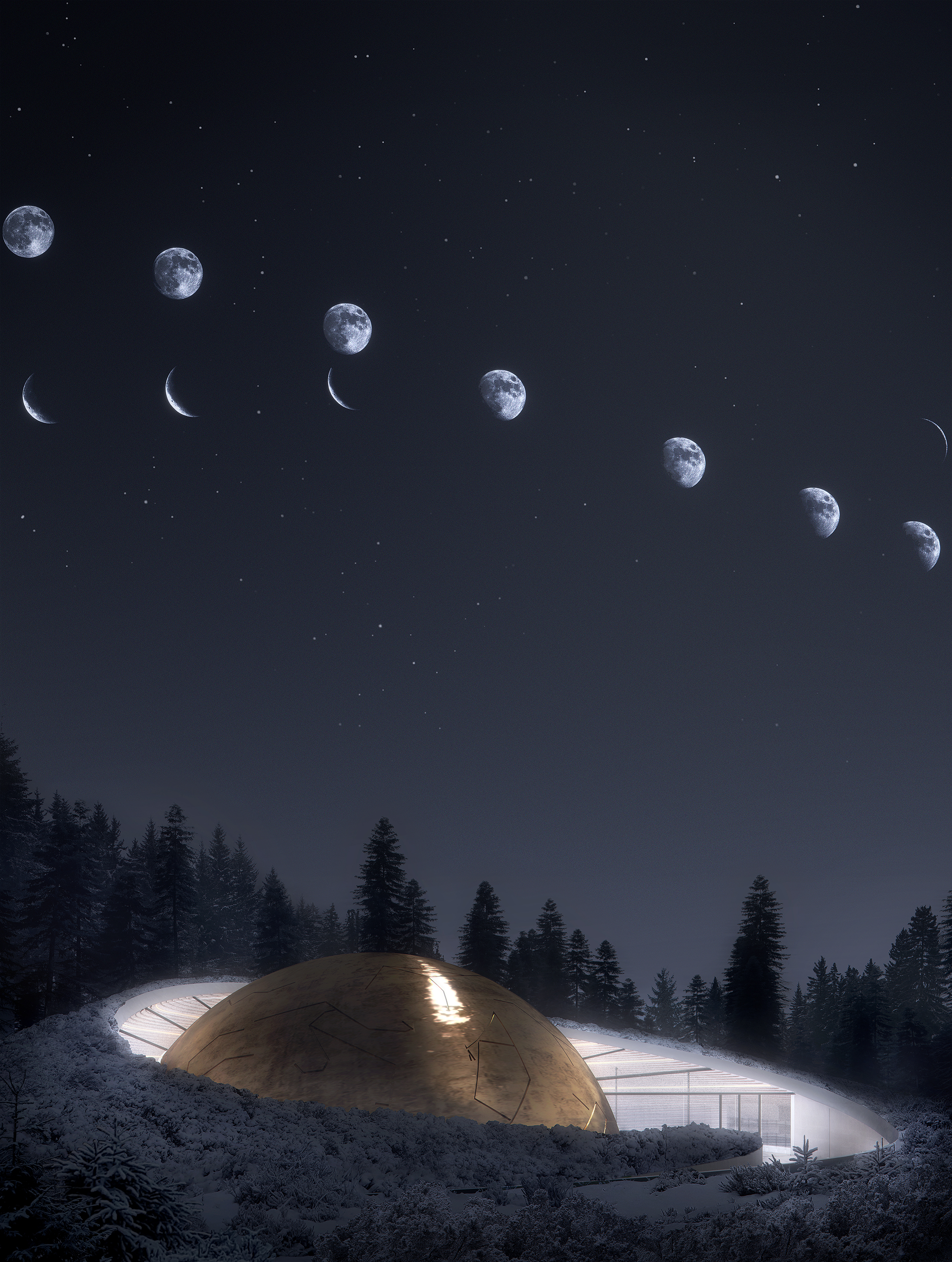 Imagine wandering into a glowing planetary system nestled deep within a forest.

No, your eyes are not tricking you. Celebrated architecture and design firm Snøhetta is designing a new planetarium and visitor center for Norway’s largest astronomical facility.

As mentioned in the April issue of Viking, one of Snøhetta’s upcoming projects is the Solobservatoriet at Harestua, located just 28 miles north of Oslo. The facility, which had a collaborated stint with the U.S. Air Force in the late 1950s to spy on Soviet satellites during the Cold War, is undergoing a major overhaul to entice tourists, school children and researchers alike.

But what will the 1,500-square-foot observatory—the largest solar observatory north of the Alps when completed—look like? One might say, out of this world.

The heart of the planetarium is a half-sunken, dome-shaped, three-story celestial theater. Housing 100 visitors, the theater will educate people about astronomy, the Northern Lights and the night sky, as well as project realistic renditions of stars and planets. In addition to the theater, the planetarium’s lower level includes a reception, café and exhibition area, with a swirling ramp that leads up to an exhibition mezzanine and outdoor roofscape. The roof will be covered in grass, wild heather, blueberry and lingonberry bushes.

Throughout the design phase, the architects studied simple principles from astronomy, which will be extremely evident with the “interstellar cabins.” Loosely arranged around the planetarium like planets orbiting the sun, the seven cabins are imperfect, spherical-shaped abodes for visitors who want to stay the night and stargaze. Each cabin will feature its own distinctive design, and some will be partly burrowed into the ground. Also, the cabins will come in different sizes, with the smallest sleeping just two people and the largest sleeping 32 guests.

Striving for a sense of wonder and surprise, Solobservatoriet shall be elevated as a facility that captures “the imagination of its visitors through an intellectual, visual and tactile journey into the realm of astronomy,” according to Snøhetta.

The project is slated for completion in 2020.

By Kate Murphy|April 3rd, 2019|Categories: Blog|Comments Off on Out of this World: Solobservatoriet