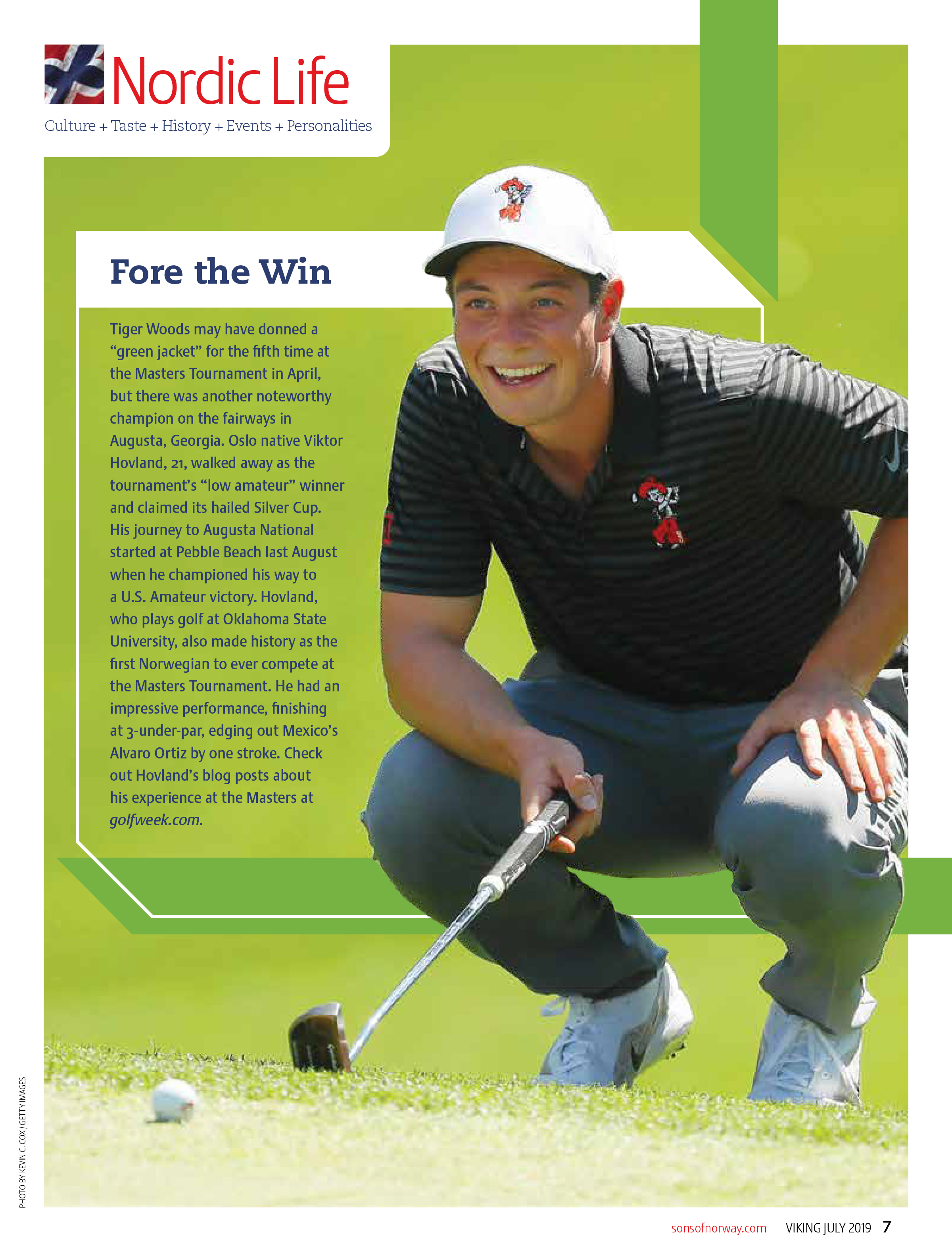 In the July issue of Viking, we highlight golfer Viktor Hovland, an Oslo native who won “low amateur” at the 83rd Masters Tournament this past April.

And success keeps on swingin’ in for the 21-year-old.

Based on a selection committee made up of 30 leaders and experts in amateur, college and professional golf, Viktor, an Oklahoma State University golfer, won the Ben Hogan Award this past May in Fort Worth, Texas. This annual award is given to the best men’s collegiate golfer based on all college and amateur events over the past 12 months.

Just to name a few of his outstanding achievements: In summer 2018, he finished second at the European Amateur Championship. Just two months later, he won the U.S. Amateur at Pebble Beach, in which that victory earned him an invite to this year’s Masters (and ultimately, claiming the Silver Cup as the low amateur champ). Throughout the collegiate level this season, Hovland captured three wins, collecting titles at Royal Oaks Intercollegiate, East Lake Cup and The Prestige. For the 2018-2019 season, Hovland boasts a stroke average of 68.59.

By Kate Murphy|July 1st, 2019|Categories: Blog|Comments Off on Top Honors for Viktor Hovland