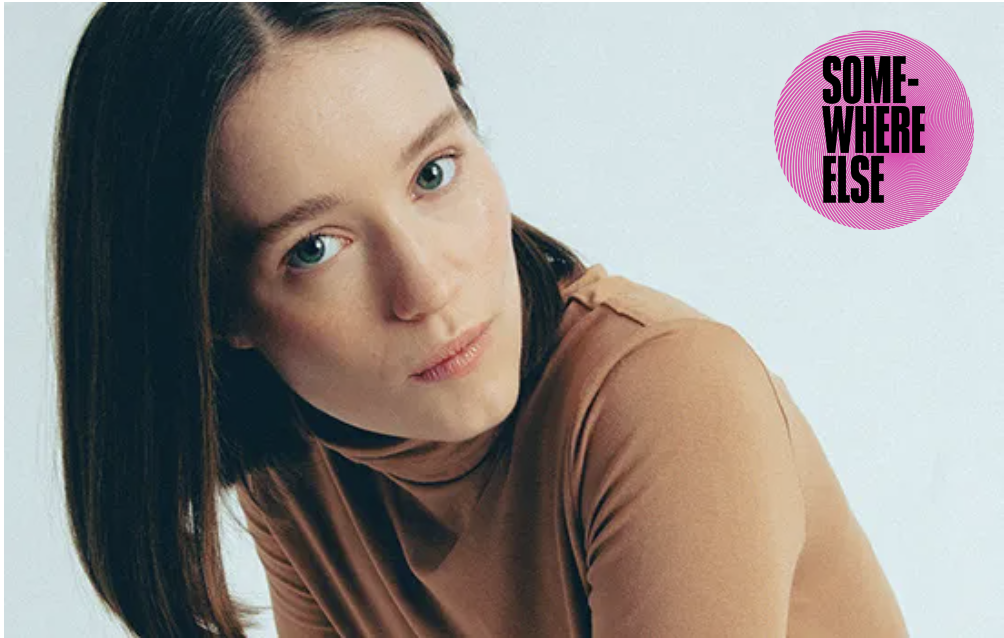 A new development in the music industry spurred by the Covid-19 pandemic, Somewhere Else presented a lineup to rival any outdoor music festival. Roughly 6,500 “concert-goers” paid for single shows, a day pass, or an all-access pass. Viewers could watch the musical acts any time over the 4-day holiday weekend. Ten talented music video directors produced the concerts, resulting in ten unique live shows.

Here is a sampling of the festival’s artists, and the backdrop for their videos:

From Oslo konserthus (concert hall):
Sigrid
Synth-pop powerhouse Sigrid is a headliner hailing from Ålesund. Since 2017, Sigrid has been climbing the international music charts. Her 2019 single “Don’t Feel Like Crying” ranked #8 on the US Billboard dance chart. In her intimate performance, she sang from both the stage and the theater seats.
Listen: Don’t Feel Like Crying

Frida Ånnevik
Singer-songwriter Frida describes her music as “pop in an open landscape,” drawing on influences from folk, soul and jazz.
Listen: Lillebror

Performing on an abandoned bridge in Oslo:
girl in red
20 year-old ​Marie Ulven taught herself to play guitar and piano, and began recording music in her bedroom studio. girl in red’s lo-fi sound and queer love anthems have garnered over 150 million views on YouTube.
Listen: Girls

In the old American Embassy, Oslo:
Aiming for Enrike This duo has an experimental shapeshifting sound that varies by song.
Listen: Christmas Eve

From a secret room in Det Gamle Biblioteket (The Old Library), Oslo
Isah – Hailing from Stavanger, Eritrean-Norwegian Isah is a rapper and singer. He got his footing singing back-up vocals for Karpe Diem, then won two Norwegian music awards in 2019 for his song “Hallo.”
Listen: Rodeo

Fieh
8-piece Fieh was formed by Sofie Tollefsbøl and friends she met in music school. Known for their riveting stage show, Fieh will groove you with a blend of deep funk, neo-soul and hip-hop.
Listen: So Fly

At Vigelandmuséet (Vigeland Museum)
Nils Bech
Singer Nils Bech initially rose to fame for a recording of the Christmas tune “O Holy Night.” In his 20s, he made an about-face from his classical music roots, entering the world of electropop. Bech often performs at events involving the Royal Family.
Listen: Thank You

Bendik HK
A prolific drummer who usually appears with acts like Nils Bech and Gundelach, Bendik Hovik Kjeldsberg emerged as a solo artist in 2018, with a futuristic electronic EP.
Listen: U Know How I Feel

From Forum Scene in Bergen
AURORA
Headliner AURORA began composing songs at the age of 9, having taught herself to play an old piano in her parents’ attic. She debuted at age 14 and has grown in international renown, singing deeply personal songs. Fans of Frozen 2 will recognize her crystal clear voice as the Siren that calls to Elsa.
Listen: The River