A Mysterious Fortress on the Oslo Fjord 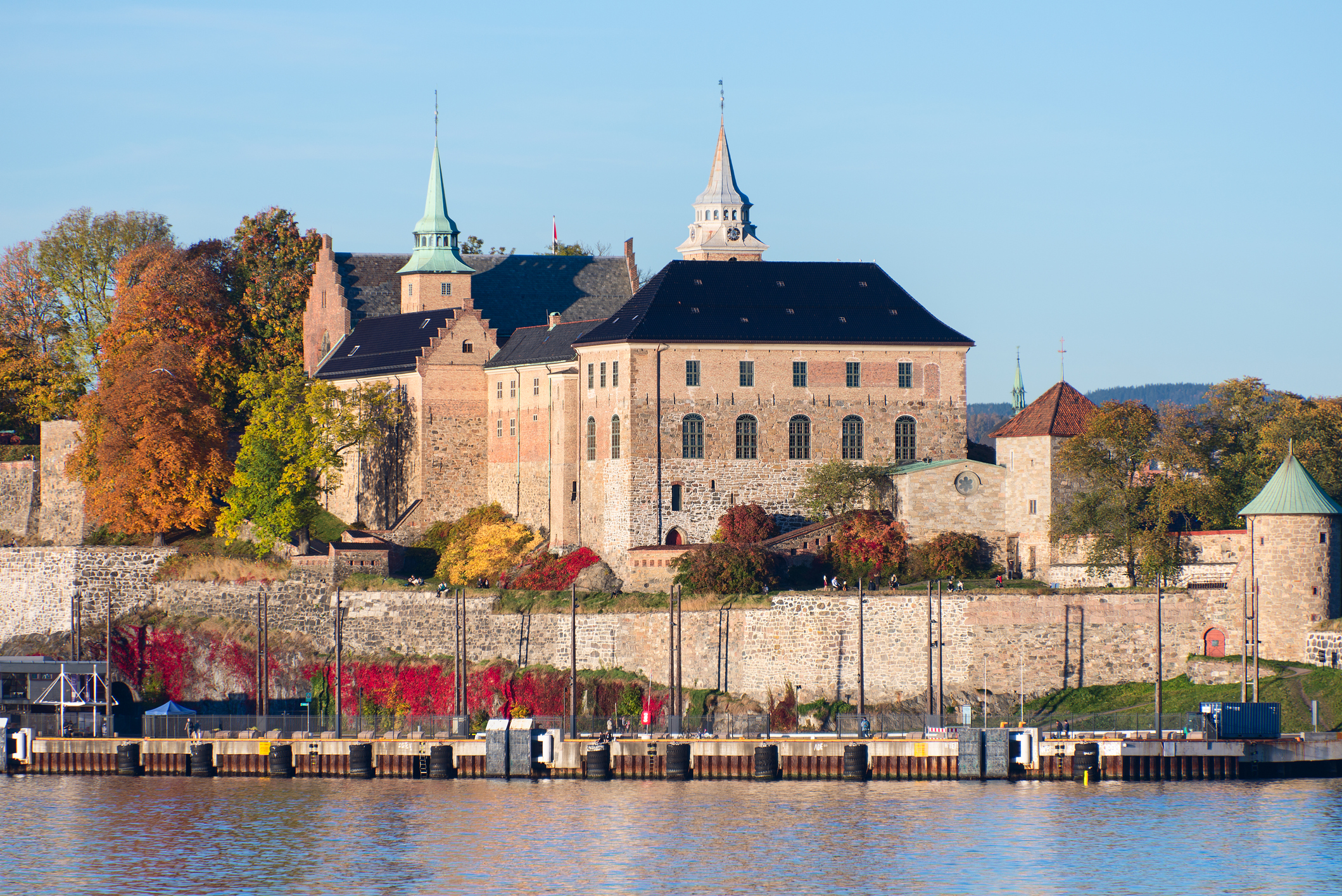 A woman named Mantelgeisten appears out of the darkness in a long robe. Prison chains rattle. Screams of horror and torture linger from the dungeons. Known to be the most haunted castle in Norway, Akershus Fortress attracts more than three million visitors every year, some hoping to experience the mysterious sensations.

Built in the late 1290s by King Haakon V as a defensive stronghold for the city of Oslo, Akershus Fortress has undergone several transitions through the centuries. It was once used as a prison for Norway’s most infamous criminals and during World War II, Nazis occupied the castle and conducted executions there. There have been reports of ghostly guards standing near their posts and then disappearing, and if you spot the spirit of very large black dog, legend says you will pass away by a violent death.

Though the fortress has a reputation for eerie activities, today it is a popular recreational and cultural center and serves as Norway’s most important medieval monument. Stretching more than 14 football fields long, many come to view the beautiful décor, staterooms and banquet halls, and indulge in royal history. The fortress is home to the Norwegian Armed Forces Museum, Resistance Museum and Prison Museum. To learn more about Akershus Fortress, visit their official website.

By Andrea Vuleta-Jensen|April 11th, 2019|Categories: Blog|Comments Off on A Mysterious Fortress on the Oslo Fjord