All About the Vikings 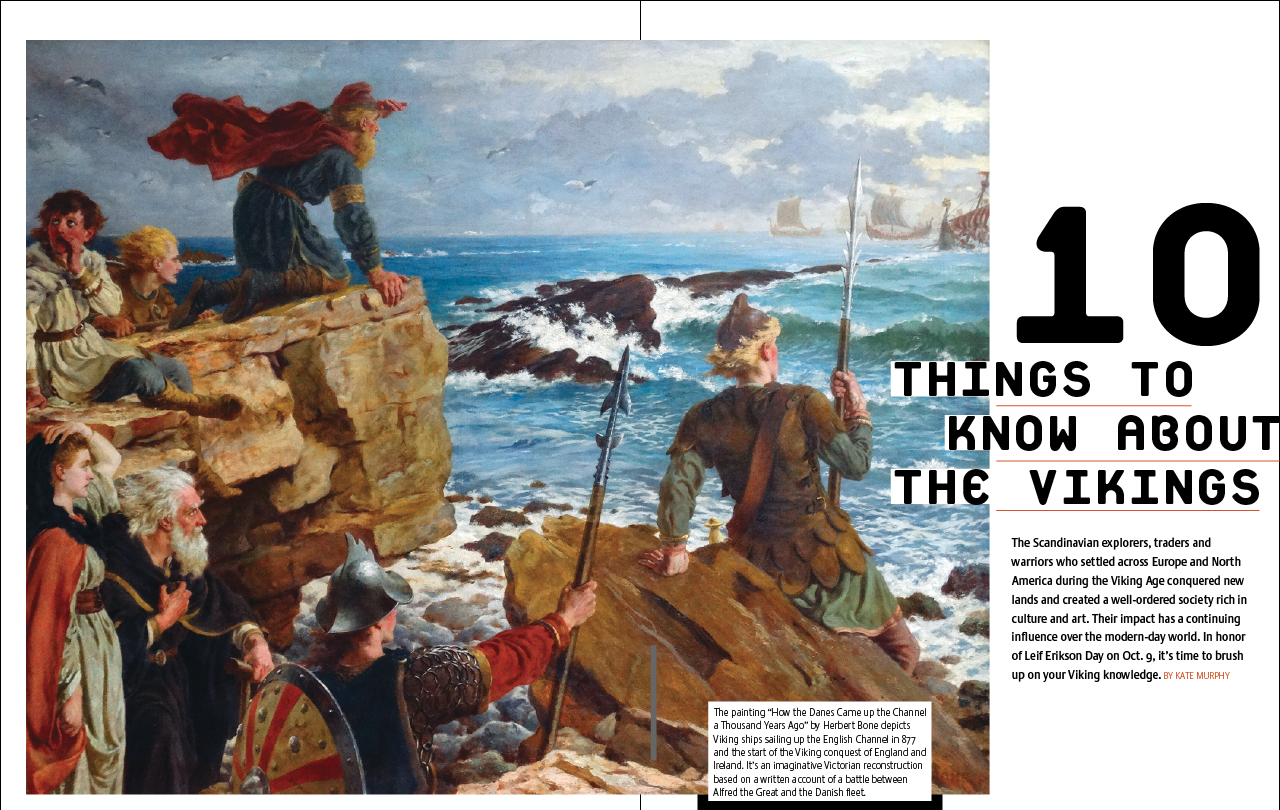 In honor of Leif Erikson Day on Oct. 9, the October issue of Viking includes an article highlighting must-know facts about the Vikings. These Scandinavian explorers, traders, farmers and warriors settled across Europe and North America during the Viking Age. They conquered new lands and created a well-ordered society rich in culture and art. Here are five more facts to know about the Vikings.

The Vikings ate twice a day.

The first meal, the dagmal (day meal) would be eaten an hour after awakening. It may consist of leftover stew from the night before served with bread and dried or pickled fruit. In the evening, the nattmal (night meal) was fish or meat, stewed with vegetables and served with ale or mead.

Cats were highly prized in Viking communities. They helped keep unwanted pests away and domesticated as pets. A 2016 DNA study presented at the International Symposium on Biomolecular Archaeology in Oxford, United Kingdom, revealed that the Vikings took their cats on long voyages to neighboring countries.

The days of the week are named after Norse gods.

As mentioned in the October issue of Viking, Thursday is named after Thor, the god of Thunder. Did you know the other days of the week pay homage to other notables? Each of the days of the week (except for Saturday, which originates from the ancient Romans—named after the god Saturn) are named in honor of Norse gods.

Sunday: Sol, the goddess of the sun

Monday: Máni, the god of the moon

Tuesday: Tyr, the god of war

Wednesday: Odin, the god of wisdom, poetry, death, divination and magic, was sometimes known as “Woden,” giving us Woden’s day

Thursday: Thor, the god of strength, thunder and storms

Light hair was favored in Norse culture. Vikings (often the men) bleached their hair. A strong soap that contained a lot of lye was used to lighten the hair. Some even bleached their beards. An added bonus: The bleaching soap helped kill head lice.

Vikings were traders, farmers and daring warriors. If a man was wounded in the stomach during a battle, women would feed them a potent onion soup. If they could smell the broth through the wound, they knew the stomach wall was cut—signaling that the man would not survive his wounds.

By Kate Murphy|October 2nd, 2019|Categories: Blog|Comments Off on All About the Vikings