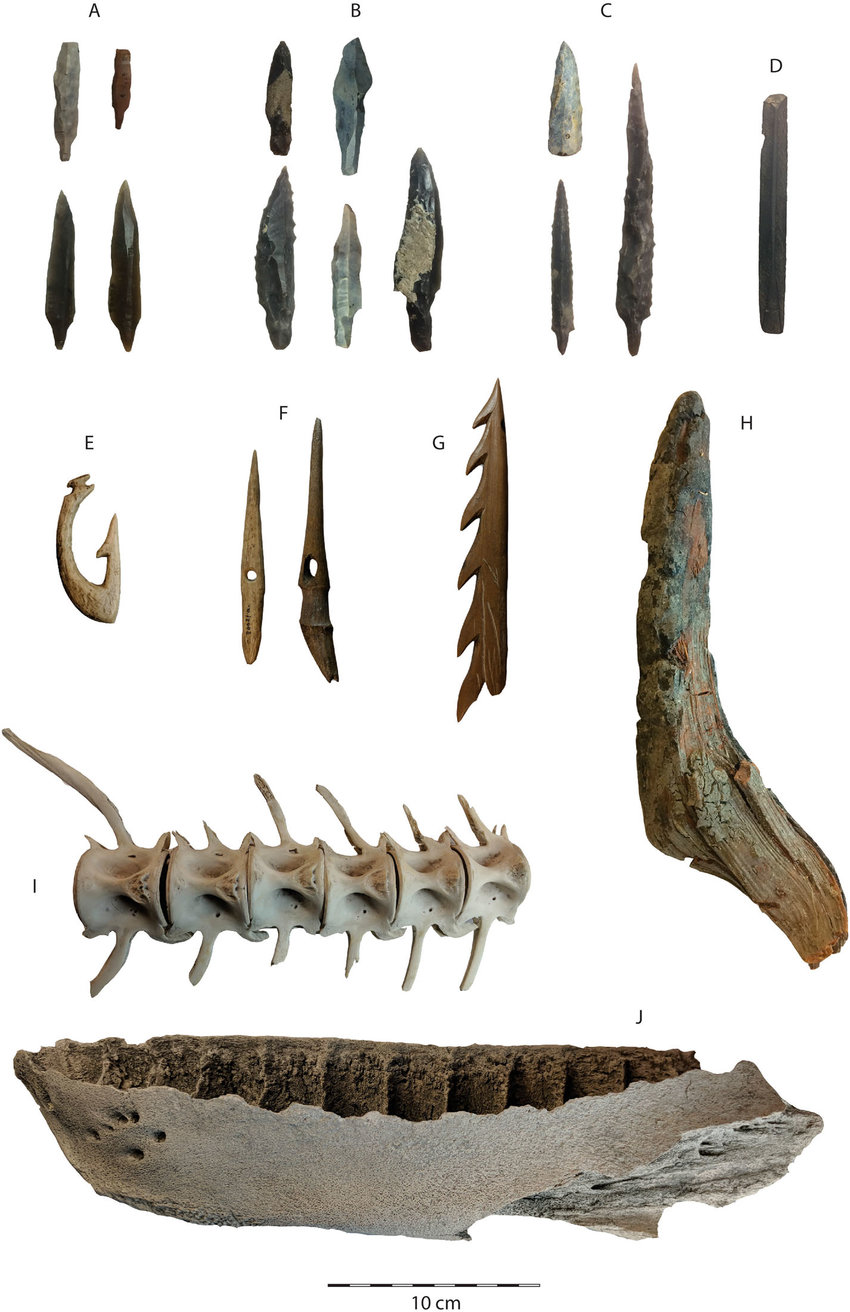 In the 1930’s, a farmer in southern Norway wanted to cultivate new land, so he set about draining a wetland near his farm. During the process, he discovered several strange items on the wetland: fish hooks and harpoons carved from bone, as well as killer whale bones and bluefin tuna bones. These discoveries eventually ended up in a couple of key museums in Norway. At the time, researchers were unable to piece together any theories related to the items.

In 2017, the story of the discovery sparked the interest of Svein Vatsvåg Nielsen, a PhD candidate from the University of Oslo’s Museum of Cultural History. He began studying the artifacts as part of his doctoral work and was able to date the items, as well as explain how they ended up in the wetland. This was all possible because the artifacts had been extremely well preserved in the soil.

Nielsen believes the objects were all from the same general time period: between 3700 and 2500 years BC. During that era, the sea level was higher than it is today, which gave merit to Nielsen’s theory that the farmer’s wetland field was in fact a lagoon where people from nearby settlements fished. If his theory was true, Nielsen believed there would be additional telling items buried in the wetland. Thus, he proposed an excavation of the site. In 2018, he and his fellow colleagues began to dig.

At first, the excavation was not providing the exciting discoveries he had hoped for, turning up only an arrowhead. However, after digging more than a meter into the ground, piles of bone appeared before them. The main finds included mostly bones from bluefin tuna, and more harpoons and fish hooks. Nielsen and his colleagues deduced that the tuna would follow smaller fish into the lagoon and fishermen would hunt them from boats.

These archaeological finds prove very important to Nielsen as he believes they give insight into the daily lives of the people that lived during that era. He states, “Usually we only see what people did on land, and just right around where they lived. We typically do excavations of a hundred square metres around homes. But as soon as people leave their residences, we have no idea what they are doing. They disappear into in the fog for us.”

Time is of the essence

Because of the risky nature of hunting bluefin tuna from a boat with a harpoon, Nielsen believes there may be additional artifacts waiting to be found. For example, perhaps they will find a skull from an unlucky fisherman or an entire boat. Although they have not discovered findings like these yet, he knows that time is of the essence if they hope to: the drainage of the wetland changed the conditions and they are no longer ideal for preservation. As a result, the items found in the 1930’s are actually much better preserved than items found more recently. Nevertheless, the researchers hope to take on a more thorough excavation of the site in the future to see what other unique items still lie undiscovered.