How Well Do You Know Norway’s Explorers? 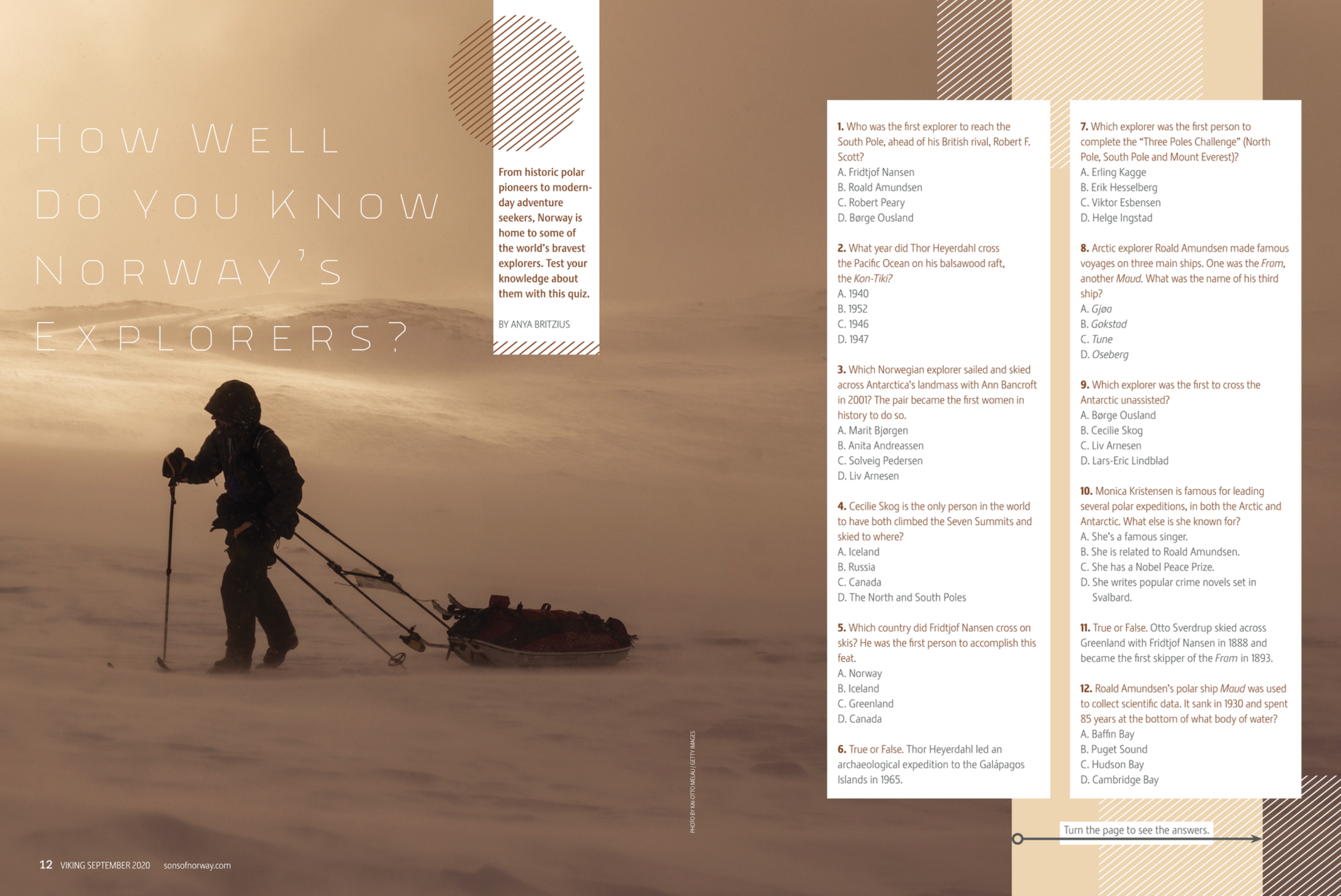 From historic polar pioneers to modern-day adventure seekers, Norway is home to some of the world’s bravest explorers. Do you think you know them well? Read the September issue of Viking magazine to test your knowledge about some of these brave men and women. When you’ve finished, check out these bonus questions below.

By Anya Britzius|September 4th, 2020|Categories: Blog|Tags: explorers, quiz, Viking magazine|Comments Off on How Well Do You Know Norway’s Explorers?