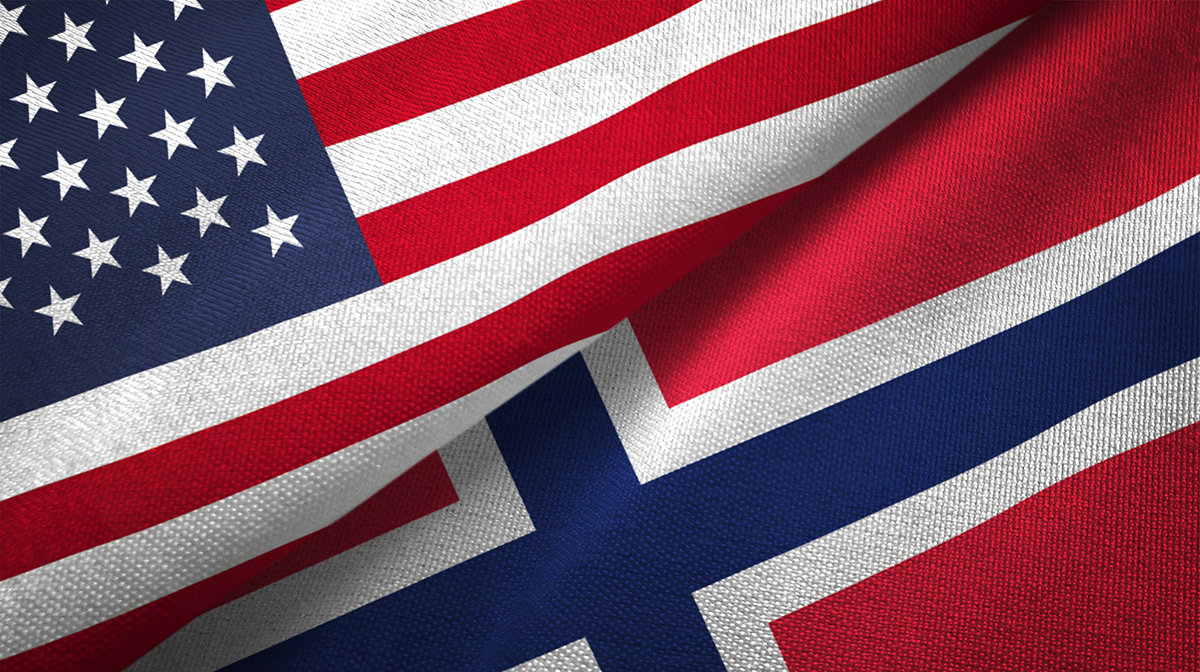 Each month, “Ambassador’s Insights” will address various topics facing modern Norway and the bilateral relations between Norway and the U.S. This article first appeared in Viking’s December 2019 issue.

If you were to google “U.S. military and Norway,” the top video result would be footage of very cold and wet U.S. Marines struggling to clamber out of a hole in the ice on a frozen lake. It can be entertaining. But more important, it is an example of the excellent Norwegian–American security relationship and the close partnership between democracies on both sides of the North Atlantic. Those frozen Marines are part of a 700-strong rotational contingent that trains year-round to be ready to reinforce the north if needed. Prime Minister Solberg met some of the Marines and their families when she visited Camp Lejeune in September. It was a great visit emphasizing the strong ties between our two countries.

Another example was last year’s Exercise Trident Juncture in Norway, NATO’s biggest in decades, involving roughly 50,000 military personnel from 31 nations. Roughly 18,500 were American. The exercise contributed to enhancing our defense and deterrence, and in particular our ability to reinforce across the North Atlantic.

Thanks to exercises such as this, when our leaders gather in London in December for NATO’s 70th anniversary summit, they will know that NATO is prepared and ready. But as we celebrate 70 years of transatlantic security cooperation, we should not take that cooperation for granted. Both the United States and Norway could have chosen completely different paths. But Norway’s position was—and still is—that security cooperation in Europe is effective and credible only as long as it builds on a strong friendship across the Atlantic.

NATO is also good for the United States. Through NATO, the United States has more friends and allies than anyone else. As NATO Secretary General—and former Norwegian prime minister—Jens Stoltenberg said when he spoke before Congress in April, “It’s good to have friends.”

It’s especially good to have friends in the far north. Russia’s military buildup, combined with its demonstrated willingness to use military force, raises concerns about its intentions. The Kola Peninsula, just 120 kilometers (almost 75 miles) from the Norwegian border, is the base for much of Russia’s strategic forces. Almost all of Russia’s nuclear submarines have their home in Kola. While we do not consider Russia a direct military threat to Norway, it is clear that these forces constitute a strategic challenge for NATO. As NATO’s eyes and ears in the north, Norway is investing in strategic capabilities that enhance both national and allied defense and deterrence.

Burden sharing is important. European allies have significantly increased their defense spending since 2014. We still need to invest more, and we will. Norway plans to acquire 52 F-35 fighter jets from the United States. In September, three aircraft landed at Ørland Air Base. The Royal Norwegian Air Force now has a total of 15 F-35s in country, and seven at the joint training center at Luke Air Force base in Arizona. Within the year, our Air Force will start to introduce the F-35 in operations. In addition, Norway, as a maritime nation, puts great emphasis on maritime surveillance. The arrival of five P-8A maritime patrol aircraft in 2022 and 2023 will increase Norwegian capability substantially in this domain. The aircraft will be a formidable tool for surveillance in the North Atlantic. Prime Minister Solberg had the chance to inspect the P-8A in September at Naval Air Station Jacksonville and meet the Norwegian crew. Fantastic visit.

When our leaders founded NATO 70 years ago, the terms of the North Atlantic Treaty said that an attack on one of us constitutes an attack on all of us. Unity and solidarity were seen as the best guarantee against the horrors of another war. It still holds true, and the strong friendship between the United States and Norway is built on that belief.