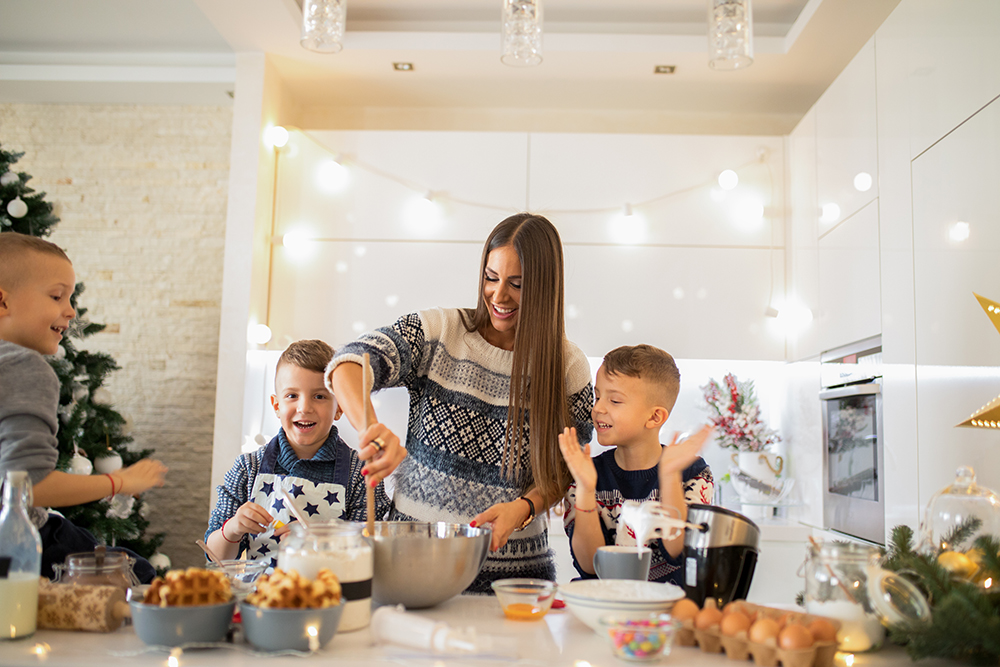 From decorating the Christmas tree to leaving milk and cookies out for Santa Claus, Christmas traditions are a great way to embrace your heritage in unique ways and enjoy the holiday season.

Here are a few surprising or unusual Norwegian Christmas traditions you can try with the whole family.

One of the more popular Norwegian customs is to serve rice porridge on little Christmas Eve (Dec. 23) or Christmas Eve, often around the noon hour. A single almond is hidden in the mixture and whoever ends up finding it in their portion wins a prize—most commonly a marzipan pig.

During romjul, the period between Christmas and New Year’s, children dress up in costumes and go from door to door singing Christmas carols for their neighbors in exchange for candy or treats. This tradition is called julebukk and is very similar to what the rest of the world does on Halloween, though in Norway adults tend to join in on the fun and enjoy drinks and snacks at each house.

For many, the morning of Christmas Eve is spent cuddled-up watching favorite Christmas films and cartoons. In Norway in particular, the main TV channel plays the exact same Christmas programs every year, so commonly watched in fact that many jokingly refer to the custom as, “same procedure as last year.”

Some of the regular features include “Three Wishes for Cinderella,” a Czechoslovak-German fairy-tale filmed in 1973; “Reisen til Julestjernen,” a Norwegian film that follows a royal family and a hunt for the lost Christmas star; and the Disney Christmas special “From All of Us to All of You,” a beloved cartoon with Jiminy Cricket, Mickey Mouse and Tinkerbell.

As tradition goes, many Norwegians bake no fewer than seven varieties of cookies or pastries in the weeks leading up to Christmas Eve. The meaning behind this yummy ritual differs from place to place, but is known to be bad luck if the tradition is not kept. The cookies in question often include gingerbreads (pepperkaker), waffle cookies (goro), ”Berlin wreath” butter cookies (berlinerkranser) and syrup snaps (sirupsnipper).

By Sons of Norway|December 12th, 2018|Categories: Blog|Comments Off on Make Merry Memories with Norwegian Traditions