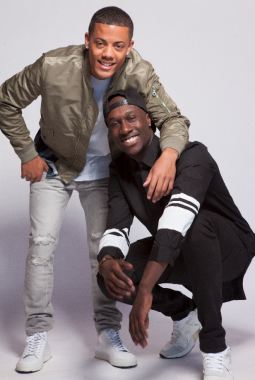 This spring, Viking magazine had exclusive access to interview Norway’s hottest music exports, Nico & Vinz. The duo skyrocketed to fame with the release of their song, “Am I Wrong,” when it released in the United States last summer. Since then, they’ve burned up the Billboard charts, released their first full-length album, “Black Star Elephant” and toured the world. Their songs blend pop, reggae, hip-hop and their African roots with positive messages about life, love and identity. Not since a-Ha in the 1980s has a music group from Norway made such a splash on the American music scene.

Check out their story in Viking’s August 2015 issue. Want to see Nico & Vinz perform live? Keep in an eye out for their upcoming tour dates. On September 11, they will perform at the Ohio River Sternwheel Festival.

By Sons of Norway|August 1st, 2015|Categories: Blog|Comments Off on Nico & Vinz