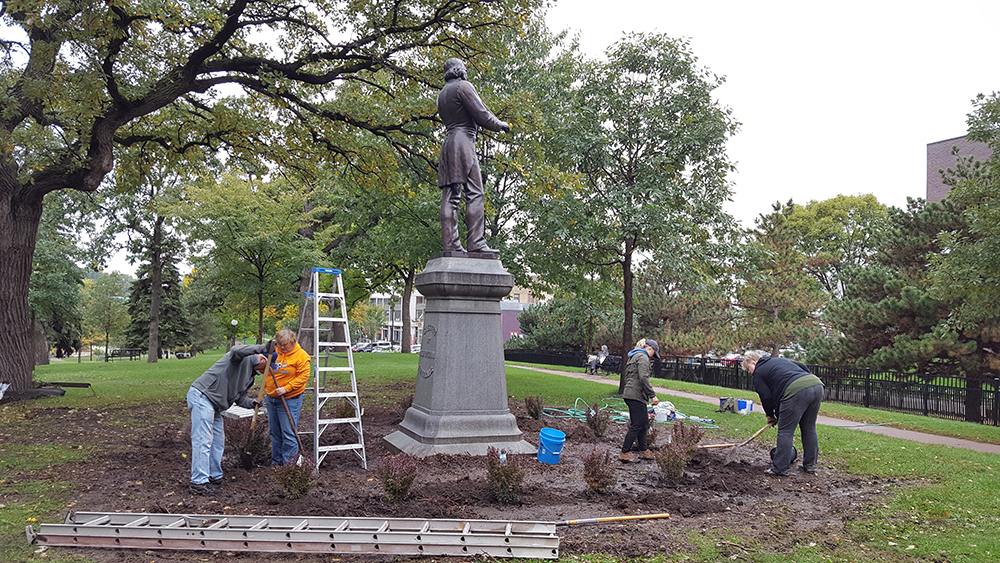 Lodge members from Draxten 1-464 and Vennekretsen 1-559 volunteer to clean and maintain the Ole Bull statue.

A child prodigy, Bull began studying the violin at the age of five, and just four years later was soloing with the Bergen Harmonic Society. Known for his unique performance method, Bull would file down the bridge of his violin allowing himself to play several tones at once using all four strings.

Ole Bull traveled the world performing concerts and campaigning for preservation of the Norwegian culture and music throughout Europe and the United States. He even later established a Norwegian colony called “Oleana” in northern Pennsylvania in 1852. The settlers were met with poor soil and were later forced to move west to Wisconsin and Minnesota—where a statue of the legend still stands in Minneapolis, Minn., in Loring Park.

By Sons of Norway|February 12th, 2019|Categories: Blog, Not For Home Page|Comments Off on Norwegian Child Prodigy Remembered
Go to Top