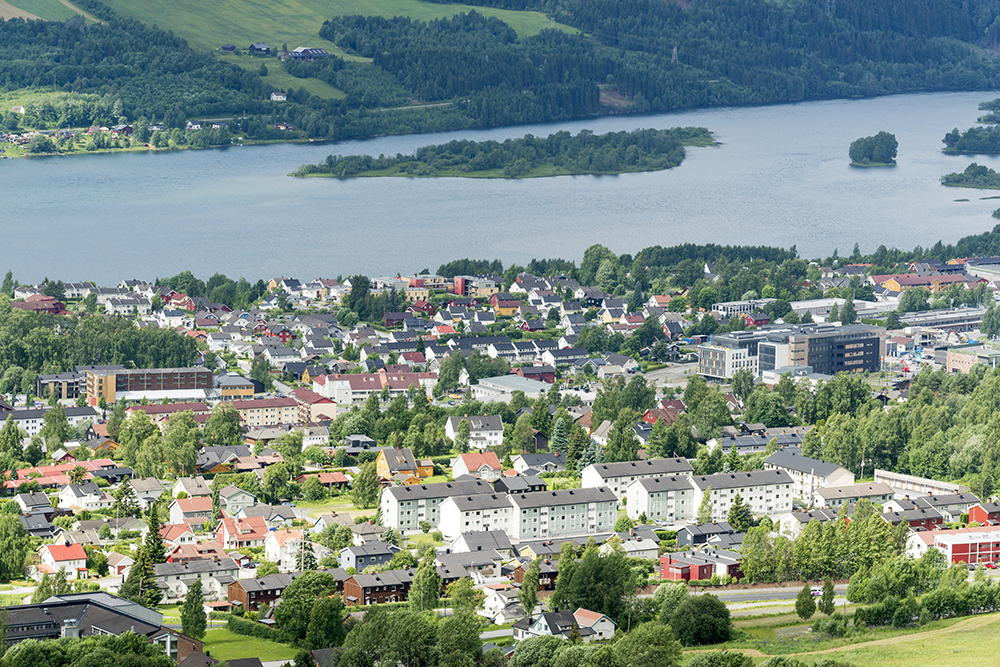 Ahh, day trips. A time to recharge and discover a town’s cultural allure, heritage and quaint quirks. In the May issue of Viking, we took readers on quick day getaways from Oslo and Bergen, showcasing six small towns and must-do and -see experiences, from historic military fortresses to guided sea kayaking. Sure, Oslo is a popular destination year-round, but we recommend exploring beyond the city proper. Here’s another itinerary to add to your list: a day trip from Oslo to Lillehammer.

For the arts and culture connoisseur

Located a little more than 100 miles north of the capital city, Lillehammer gained international fame as the host of the 1994 Winter Olympics, so of course the skiing is excellent. But everyone, even non-skiers, can experience thrills with the town’s rich offerings of museums and cultural centers.

One of the city’s crowning jewels is Maihaugen, Norway’s largest open-air museum outside of Oslo. Visitors can see a collection of more than 200 historic houses as far back as the 13th century, and even the Garmo stave church at the entrance, which dates back to the early 1200s. Just down the road is the Norwegian Olympic Museum, which commemorates Lillehammer’s 1994 Winter Olympics debut, as well as the 1952 Winter Olympics in Oslo. Plus, this museum has a biathlon simulator where guests can experience the action and excitement of a biathlon, a winter sport that combines cross-country skiing and rifle shooting. The Lillehammer Art Museum is a must for art lovers. One of the country’s leading art museums, their collection consists of over 1,500 works from Norwegian artists, dating from the 19th century to present day. If you’re still itching for more, check out the Norwegian Postal Museum (displays on Norway’s postal history), Kittilbu Museum (insight on the natural resources of Gausdal Vestfjell) and the home of novelist and Nobel laureate Sigrid Undset.

Board the R10 train at the Oslo Central Station, which departs hourly.  The trip itself takes a little over two hours.

Head north from Oslo via two options: E6 or Rv4.

By Kate Murphy|May 20th, 2019|Categories: Blog|Comments Off on Day Trip: Oslo to Lillehammer