It is with great sadness and shock that we have learned of the passing of Lyle Berge, a devoted member, cherished friend and International Director from District 6.

Over the years Lyle made an impact on everyone with whom he came into contact. As a tribute to him, I’d like to share some reflections on his altruism and commitment from the International President and D6 President.

Lyle Berge is gone, but the memory of his selfless dedication to Sons of Norway will remain.  My impression of him is that he was always looking to help others.  For example, my wife’s family was having a reunion in Estes Park the summer of 2015.  When I told Lyle about it, he said, “Let me see about putting together a gathering for you in Loveland.”  Sure enough!  On a Saturday night, 25 Sons of Norway members from the Loveland/Denver area gathered at a member’s home for a meet, greet, and eat reception.  Lyle wasn’t there.  He said, ‘This is for the Pres and First Lady.’

On one of the Facebook posts, regarding the loss of Lyle, was the comment that he was “Mr. Sons of Norway” of District Six. He was! You have heard the Bible verse to the effect that God tells us if two or more are gathered in His name, there He will be. That was Lyle for Sons of Norway in District Six. You get a few Sons of Norway people together for something and he would be there! 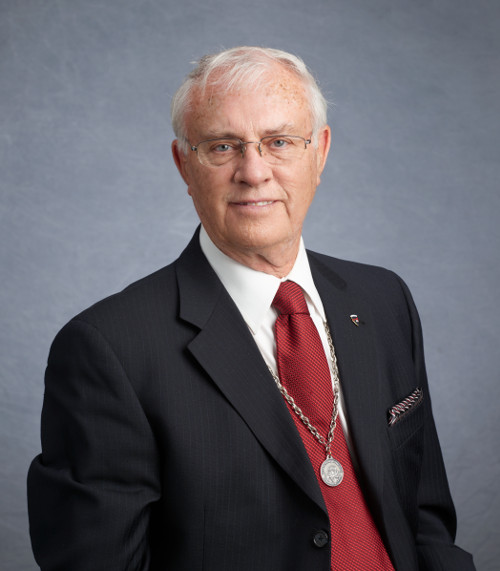 Lyle went everywhere, particularly as our 2010-2014 District Six President! From the first time I met him 30 years ago, he was always excited to serve Fjellheim Lodge in Colorado Springs, CO in many capacities as well as President, visit other lodges in Colorado, attend events, participate in skits for socials (like “North Dakota Night” and “The Tale of Leif Erickson” ), head up cultural programs (such as a study of the Fylker of Norway, be a Lodge delegate to Convention, run for District Six office and dedicate himself to all Board positions he held, whether local Lodge or District.  He held every office on the District Six Board except Secretary or Treasurer. Not only did he consider his Lodge and District Board positions important but also he had a certain charisma that was full of levity, kindness, caring, joy and excitement. He inspired other people to not only love the organization and want to be a part of it but also love being around him and sharing his enthusiasm.

Lyle has left a huge void in District Six but I am especially sorry he will not be at the District Six Convention in Loveland, Colorado this June. He worked tirelessly to bring this convention back to his state. I know he’ll be looking down and smiling at his Zone 8 lodges as they lead us in “Mining Our Heritage”. Tusen takk for alt, Kjære Venn!

Lyle was a long time member and his love and passion for Sons of Norway was second to none. He simply loved volunteering and helping out when and where needed. Lyle always lit up whenever he had a chance to talk about Sons of Norway and what the organization stands for.

As a member of the International Board Lyle was very engaged and always sought to learn more so that he could help make decisions that were in the best interest of Sons of Norway as a whole.

These are very kind words, indeed. If you have a memory or celebration of Lyle that you’d like to share, please do so in the comments below.

By Sons of Norway|March 10th, 2016|Categories: Blog|Comments Off on Remembering Lyle Berge