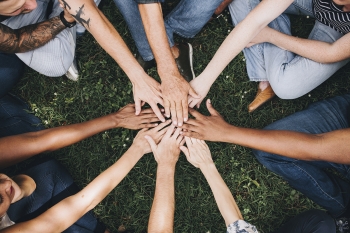 Each month, “Ambassador’s Insights” will address various topics facing modern Norway and the bilateral relations between Norway and the U.S. This article first appeared in Viking’s August 2019 issue.

Every now and then I meet people who ask me about the level of social welfare services available in Norway. Many are impressed by the coverage, which includes health care benefits for everyone, one year of parental leave, unemployment benefits and a minimum retirement payment—even for people who have never worked.

Others believe the Norwegian system is far too generous and puts an unnecessarily heavy burden on taxpayers.

Some suggest to me that the system wouldn’t be possible without Norway’s current oil revenues. I therefore always make sure to point out that it wasn’t Norway’s oil money that made the social benefit system possible. The legal basis for it, the National Insurance Act, was adopted in 1967—two years before oil was found in the Norwegian part of the North Sea. It was a result of forward thinking by political leaders, and a recognition of the benefits of the system for society as a whole.

Various other measures to support employees who lose their income had gradually been introduced in Norway before 1967. Industrial workers were, for instance, covered as early as 1894 by a government plan that would provide some support to victims of work-related accidents. A means-tested retirement plan for all was introduced in 1937.

Today, all inhabitants of Norway, regardless of whether they have an income, have access to certain fundamental services. Such access is widely seen as a right. It is paid for through contributions from the government as well as from employers and employees.

Generally, it is considered to be beneficial not only to the individual, but to society as a whole. In Norway, we believe that it pays to take care of people. We don’t see a contradiction between economic performance and the well-being of the population. On the contrary: the latter in many ways contributes to the former.

In my opinion, this way of thinking at least partly explains why Norway and the other Nordic countries tend to perform well economically and at the same time come out on—or close to—the top of, for instance, the World Happiness Report or the ranking of the UN Human Development Report.

There also seems to be a clear parallel to the UN Gender Inequality Index. We know that 81 percent of Norwegian women with young children are working outside of the home. Without the flexibility offered by our social welfare services, this might not have been possible. The result would have been a significant reduction of Norway’s gross national income.

It shows that gender equality and economic empowerment of women is, quite simply, smart business. Benching or marginalizing half of the population, isn’t.

There is no doubt that access to social welfare services reduces the extent of poverty in a society. Which again has an impact on the level of crime, on nutrition and the general level of health among the population, and ultimately on the overall economic productivity of the country in question.

I’m not saying that there are no challenges to our system of social welfare services. The aging of the population, globalization and post-industrial marginalization of certain groups within the labor market are some of them. But the system has proven able to adapt to challenges before. And I’m convinced it will do so again.