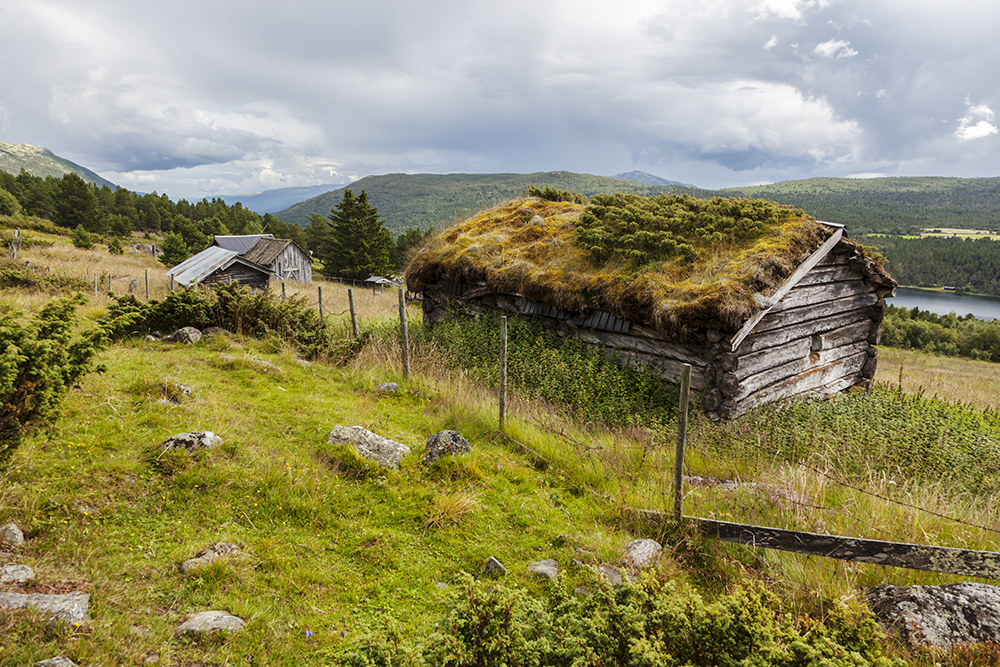 Author and historian Øystein Morten has studied ødegårder—abandoned farms—at length. Fascinated by their vacant, fallen structures, Morten believes deserted farms have a particular allure and tell us something important about the places and the culture that Norwegians have moved away from. With photographer Pål Hermansen, Morten has published—Norske ødegårder – Historien om stedene vi forlot—(“Abandoned Norwegian Farms – The History of the Places We Left”), a book featuring nine deserted farmsteads that offer a glimpse into the past through clues found in diaries, photos and artifacts. Some of the farms were left in the Middle Ages, others within the last two decades.

What constitutes an ødegård?

This term originally applied to farms that stood vacant after the Black Death ravaged Europe in the mid-14th century. Roughly 60 percent of the Norwegian population perished as a result of the Plague. These farms, even ones that were later restored, were often permanently branded as Ødegård (or Old Norse variants Aunet or Øyjorda),with the old farm name lost to time. But ødegårder aren’t all a result of the Plague. Since the 1970s, Morten writes, 115,000 Norwegian farms have ceased operation. By his count there are currently 30,000 farmsteads that are totally deserted, meaning no one lives or vacations there.

Sometimes the ødegårder can be tough to spot, as nature has almost completely reclaimed the land. In other instances, the silent buildings still appear eerily intact. To find suitable farms for his book, Morten contacted historians, municipalities and museums, got tips from friends and scoured Google. Morten compares abandoned farms to crime scenes, where he has to piece together their stories, by sifting through the desolate ruins. Traces of bygone times are found in the unraveled furniture, leaning structures, overgrown gates or a coffee cup left on the counter.

Mapcarta, an online searchable map that features past and present farms of Norway, reveals 427 entries with Ødegård in the name, 290 references to Aunet and 165 to Øyjord(a). Some entries refer to a hyphenated name, such as Jelsnes-Ødegård, which reincorporates the farm’s previous name, but still refers to its former deserted status.

Morten lives on an ødegård himself, and jokes that in 100 years village historians will write that “the houses on the farm were well-kept until Øystein Morten took over.”