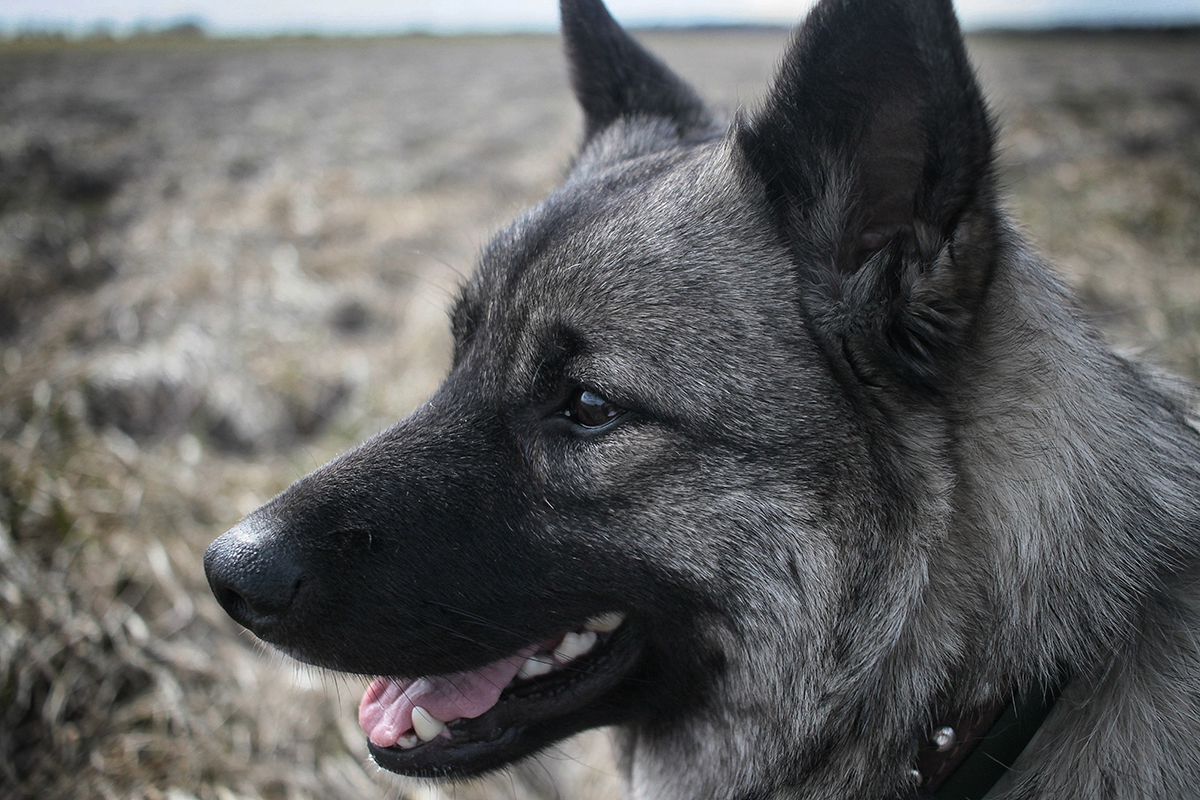 Do you know what dog breeds are most popular in Norway? Check out page 9 in the October issue of Viking magazine. Read on for more about Norway’s native dog breeds.

This medium-sized hound is named after its area of its origin—the city of Halden in southeastern Norway. These dogs are good at hunting small animals, such as hares. They are also very sociable and trusting.

The Hygen hound is named after Hans Fredrik Hygen, who began breeding local scent hounds in eastern Norway around 1930. The breed is known for its hunting abilities, great stamina and eagerness to learn.

The Norwegian buhund is one of the earliest additional members of the human family in Norway. Remains of “spitz”-type dogs have been found in the oldest archeological sites. They have a wolf-like appearance with pointy ears, almond-shaped eyes, a heavy coat and a curled tail.

Ancestors of this breed can be traced back to the Stone Age. The grey Norwegian elkhound is the most popular elkhound breed in Norway. They are known for hunting game, elk and bears.

Also known as a Dunker, this hound is named after Norwegian military officer Wilhelm Conrad Dunker. He created the breed by crossing several scent hounds, including the Russian harlequin hound.

This breed gets its name from the Norwegian word lunde, meaning “puffin.” The Norwegian lundehund was bred to hunt puffins and seabirds along the coast. They have six toes on each paw that provide traction when navigating slippery terrain.