Princess Märtha risks it all to defend Norway in new drama 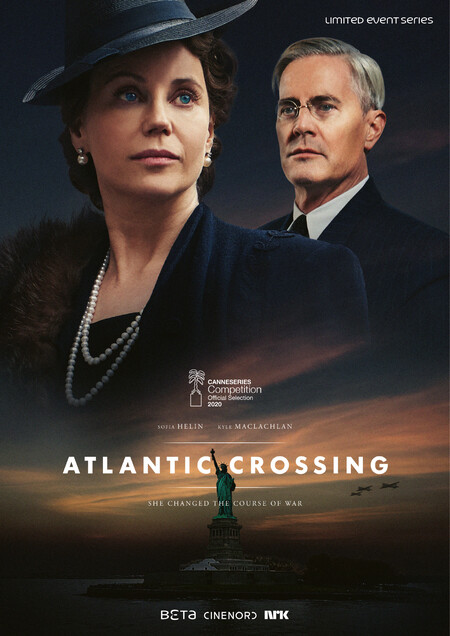 Not content to settle for her own safety while her country is under occupation, the glamorous and politically-savvy princess delivers stateside speeches against the Nazis and charms FDR, enlisting his reluctant support on behalf of Norway and eventually Europe. Both Eleanor Roosevelt (Harriet Sansom Harris) and Crown Prince Olav (Tobias Santelmann) are tested as they witness FDR’s affection for Märtha and the influence she wields with him.

Screenwriter Alexander Eik said that when he first learned of the little-known friendship between FDR and the Crown Princess, he thought the series could offer a fresh perspective on World War II. Set in the US, UK and Norway, the show takes viewers on a voyage across the Atlantic and back with the royals, offering a chance to view key historical figures portrayed as real people. Shot in Norwegian, English and Swedish, the film has the highest-ever budget of any Scandinavian TV series.

Sofia Helin said that she prepared for her role by studying Norwegian for over a year. As there was limited archival footage of the Swedish-born princess’ expressions and body language, Helin trained on royal manners and comportment at the palace in Stockholm.

PBS Masterpiece has picked up the 8-hour series for US release in Spring 2021. Atlantic Crossing will appeal to fans of historical dramas. View the trailer