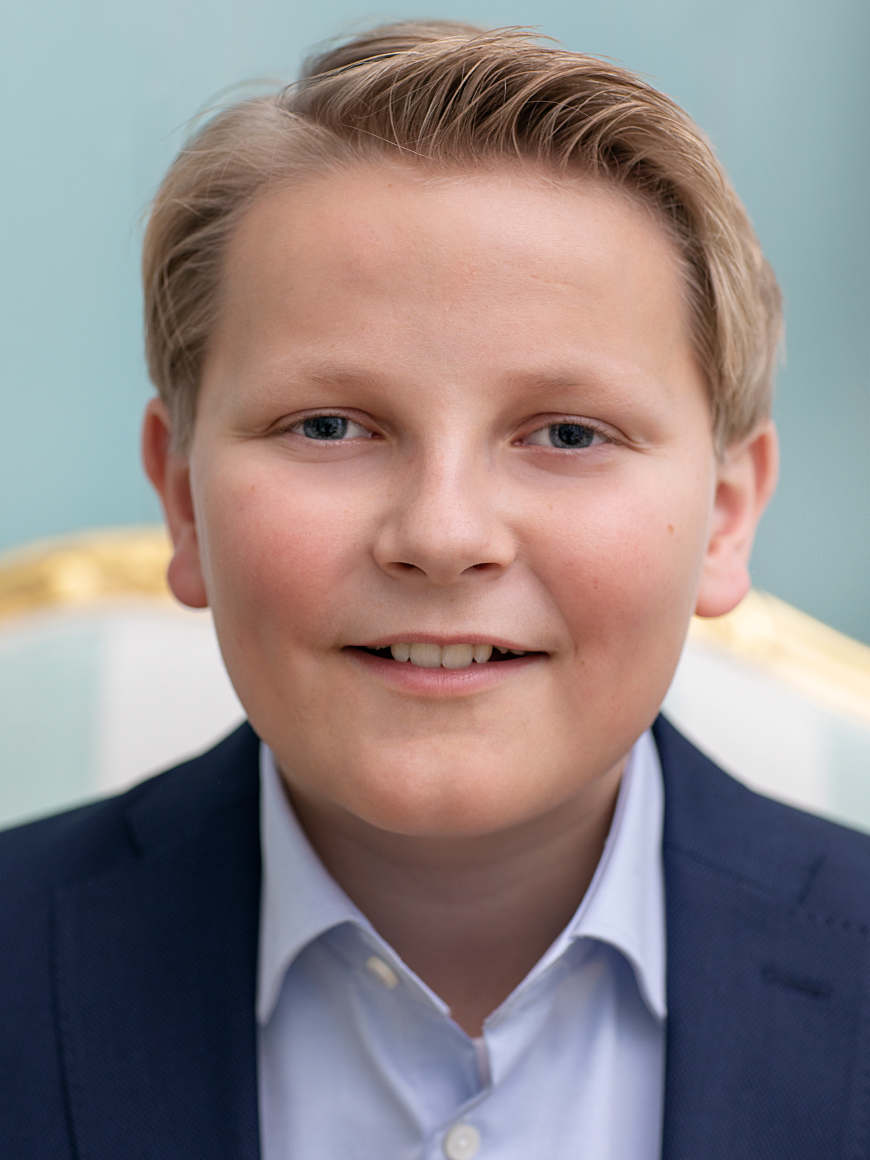 Prince Sverre Magnus, the youngest child of Crown Prince Haakon and Crown Princess Mette-Marit, turned 14 in December. The young prince was born December 3rd, 2005, in Rikshospitalet in Oslo. He is third in line to succeed his grandfather King Harald V, after his father and his 15-year-old sister, Princess Ingrid Alexandra.

Sverre Magnus is well known for his pranks and jovial, fun-loving nature. In May 2017, during the speeches for the King and Queen’s 80th birthday celebration, Sverre Magnus’ antics on the royal balcony kept his family and the crowd in stitches. Later at the 80th birthday gala dinner, Sverre Magnus took to ribbing Crown Princess Victoria of Sweden.

In the Crown Prince’s family, it is a birthday tradition to be woken up with cake and gifts in bed. Family and friends also come to the house, Skaugum in Asker, for more birthday festivities.

According to the website for the Royal House of Norway, the prince loves all kinds of sports, including skiing and cycling—both BMX and cross. He also enjoys surfing with his family. Sverre Magnus attends a Montessori school in Oslo.