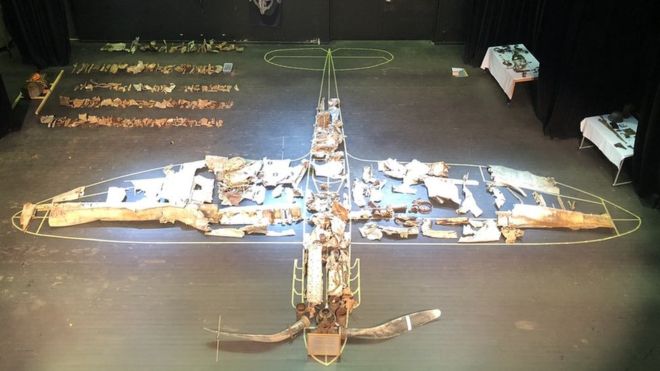 A rare World War II fighter plane, piloted by a Scotsman who was a key figure in “The Great Escape,” has been recovered largely intact from a Norwegian mountainside.

In 1942, RAF Flight Lieutenant Alastair “Sandy” Gunn, 22, was on a clandestine mission to take photos of a German battleship in Trondheim Fjord when his plane was shot down by German fighter planes. Gunn and nearby villagers first considered whether he could escape to safety in Sweden, but he abandoned that idea because he didn’t know how to ski. Gunn turned himself in, and after four weeks of interrogation, was transferred to the Stalag Luft III prison camp for Allied POWs in Poland. As one of the men who carried out the famed Great Escape breakout in March of 1944, Gunn and 49 others were ultimately re-captured and executed by the Nazis.

This plane wreckage is a rare find. Of only 400 Spitfire AA810s that were made, 398 were lost in World War II, one is in Sweden, and this last one was left mostly untouched for over seven decades. Because they were used for espionage, these ultra-lightweight long-range aircrafts had no armor, weaponry, or radio, but extra fuel reserves increased their range from 600 miles to 2,000. Spitfire AA810 pilots went on risky missions to photograph infrastructure, buildings, troop locations and German battleships.

As part of its “Digging for Britain” series, the BBC produced a documentary about Alistair Gunn and the recovery of his plane. The show aired on November 11, showing how military historian, author and Spitfire enthusiast Tony Hoskins enlisted the help of local volunteers to locate and remove the wreckage from a peat bog in Møre og Romsdal county. The fragments were first pieced together and displayed in their approximate layout at the Surnadal Culture House, and then shipped back to the UK for restoration. The iconic plane, which was about 70 percent recovered, will be fully reconstructed using parts from other Spitfire wrecks. Engineers hope to fly the aircraft again by 2022 – 80 years after its last flight.