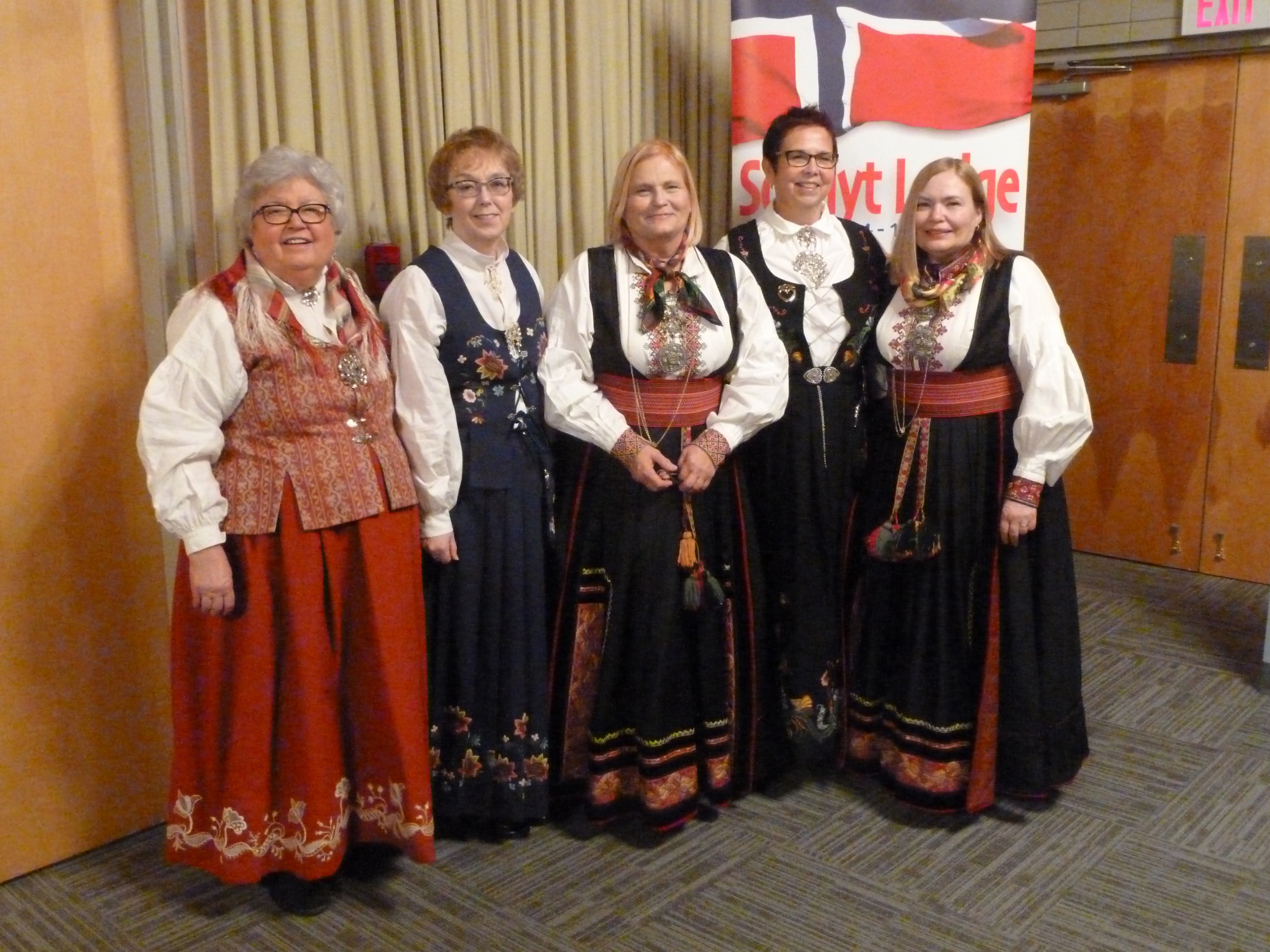 As of January 2020, Norway’s 19 previous fylker (counties) have merged into 11, following a 2017 decision by Stortinget (the Norwegian parliament). Now that this regional reform has taken effect, does it follow that bunader (region-specific Norwegian folk costumes) will undergo a transformation?

Rogaland, Møre og Romsdal, Nordland and Oslo have all retained their previous borders and names, so their regional identities and bunads are likely to remain intact. But will the newly-merged fylker inspire costume designers to create bunads to represent Vestland, Innlandet and other combined fylker? Perhaps Viken will eventually make a bunad mash-up consisting of an apron from Buskerud, a bodice à la Østfold, and a skirt from Akershus. Or a designer might commemorate this political regrouping with a modern departure, similar to the creation of the Oslo bunad in 1947.

If you ask Facebook users about the possibility of new bunads, the reply is a resounding “Nei, takk!” (No, thank you!) Commenters weighed in on NRK Buskerud’s Facebook page at roughly 3 to 1 opposed to the idea of a Viken bunad. Of course, bunads are deeply linked to tradition, and people who have opinions about them might be more tradition-minded than most. A few commenters mentioned wanting to stick to their roots. One person, who was open to the idea, said that making a Viken festdrakt (a simpler, less expensive festive garment that is not tied to a region) would be fine, but that a bunad was a bridge too far.

Bunad experts are divided on the topic, with attitudes ranging from staunchly opposed to neutral to anything-goes. Production manager and bunad expert at Heimen Husflid, Ellen Øverland, told NRK “It is difficult to say what will happen in the future…It wouldn’t surprise me if someone came up with a Viken bunad at some point.”

Synnøve Finnerud of Vestfold has been producing bunads for over a decade. In her opinion, it is more important to honor your roots than to wear whatever appeals to you. “To me it would be odd to wear a Telemark bunad when all of my roots are in Vestfold,” she remarks to NRK.

On the other hand, Bjørn Sverre Hol Haugen, deputy curator at the Anno Museum of Hedmark thinks that some bunads may see an uptick in popularity now that the mergers have taken place, adding that it is up to the individual to choose. “No one can arrest you or say that you are doing something wrong by changing bunads. This is a free choice,” Hol Haugen told NRK.

By Jana Velo|April 14th, 2020|Categories: Blog|Tags: bunads|Comments Off on Will Regional Reform Result in New Bunads?