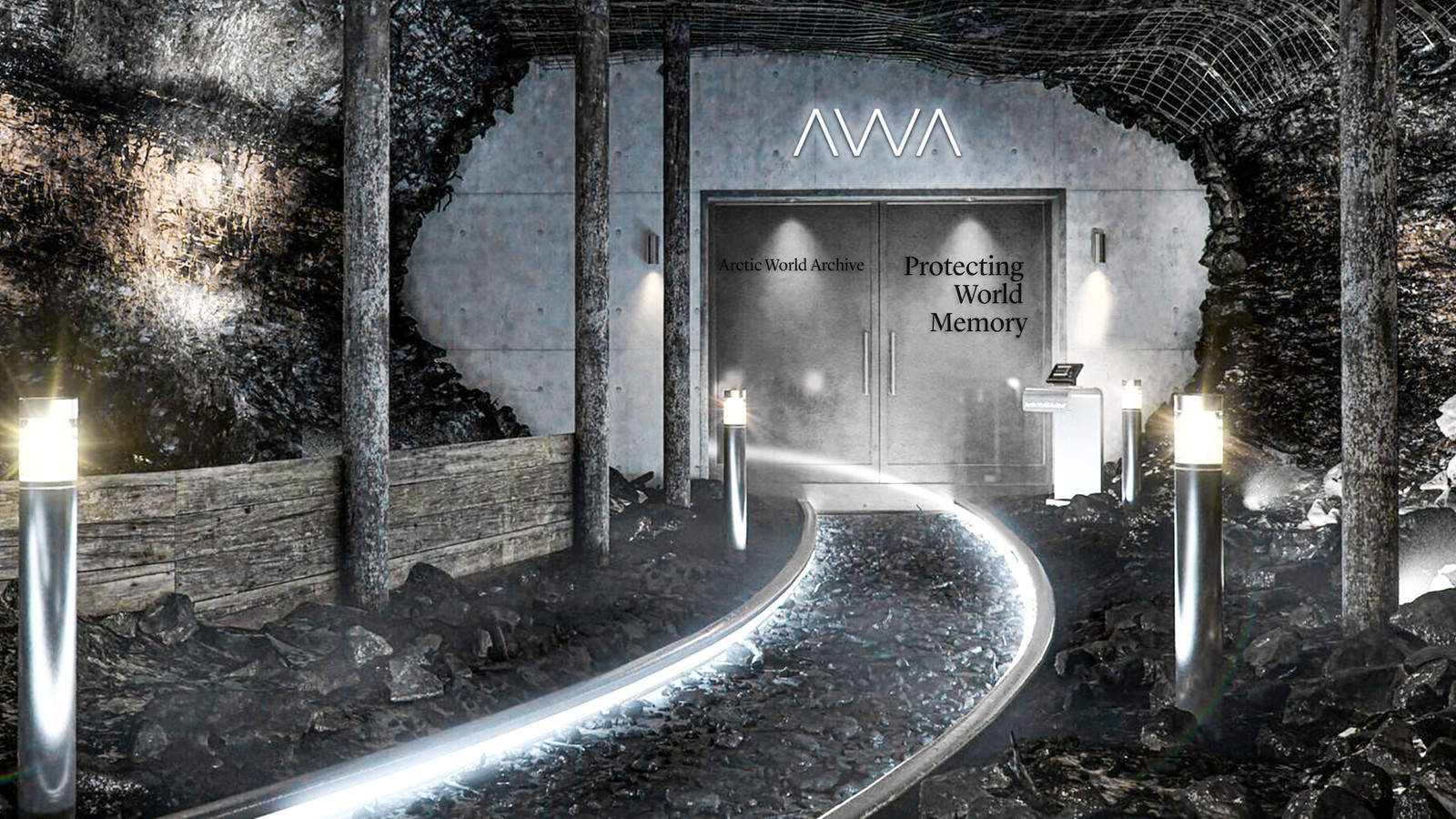 Situated halfway between mainland Norway and the North Pole, the Svalbard Islands make up one of the world’s northernmost populated areas. In recent years, they have gained some notoriety as the home of the Svalbard Global Seed Vault, where seeds from around the world are locked away in case of global catastrophe. Now, a similar storage site nearby is applying the same concept to safeguard another aspect of everyday modern life: computer code.

The Arctic World Archive is located deep inside a former coal mine on the island of Spitsbergen. The region was officially demilitarized in an international treaty signed after WWI, and the company describes its location as “one of the most geopolitically secure places in the world.” Even so, like the nearby seed vault, the code archive is buried deep enough underground to avoid damage from nuclear radiation or electromagnetic disturbances, just in case. And with the Arctic climate and the thick layer of permafrost, temperatures in the facility stay cold enough to preserve the contents for decades, centuries—or even millennia.

Unlike data stored at many other sites, the contents of the Arctic World Archive are preserved in physical form on rolls of specialized, ultra-durable film made by a Norwegian company called Piql. (The name is a play on the word “pickle,” in a nod to long-term preservation.) The film is designed to last an estimated 750 to 2,000 years, depending on environmental conditions like temperature, humidity and oxygen levels—all of which are favorable in the Svalbard vault.

So far, the biggest tenant at the vault is GitHub, a Microsoft-owned code bank, which plans to store all of its open-source code at the site, and eventually at others like it around the world. The vault contains everything from the Linux and Android operating systems to a digitized version of Edvard Munch’s iconic painting The Scream, archives from the Vatican, and even—rumor has it—the recipe for McDonald’s secret sauce.