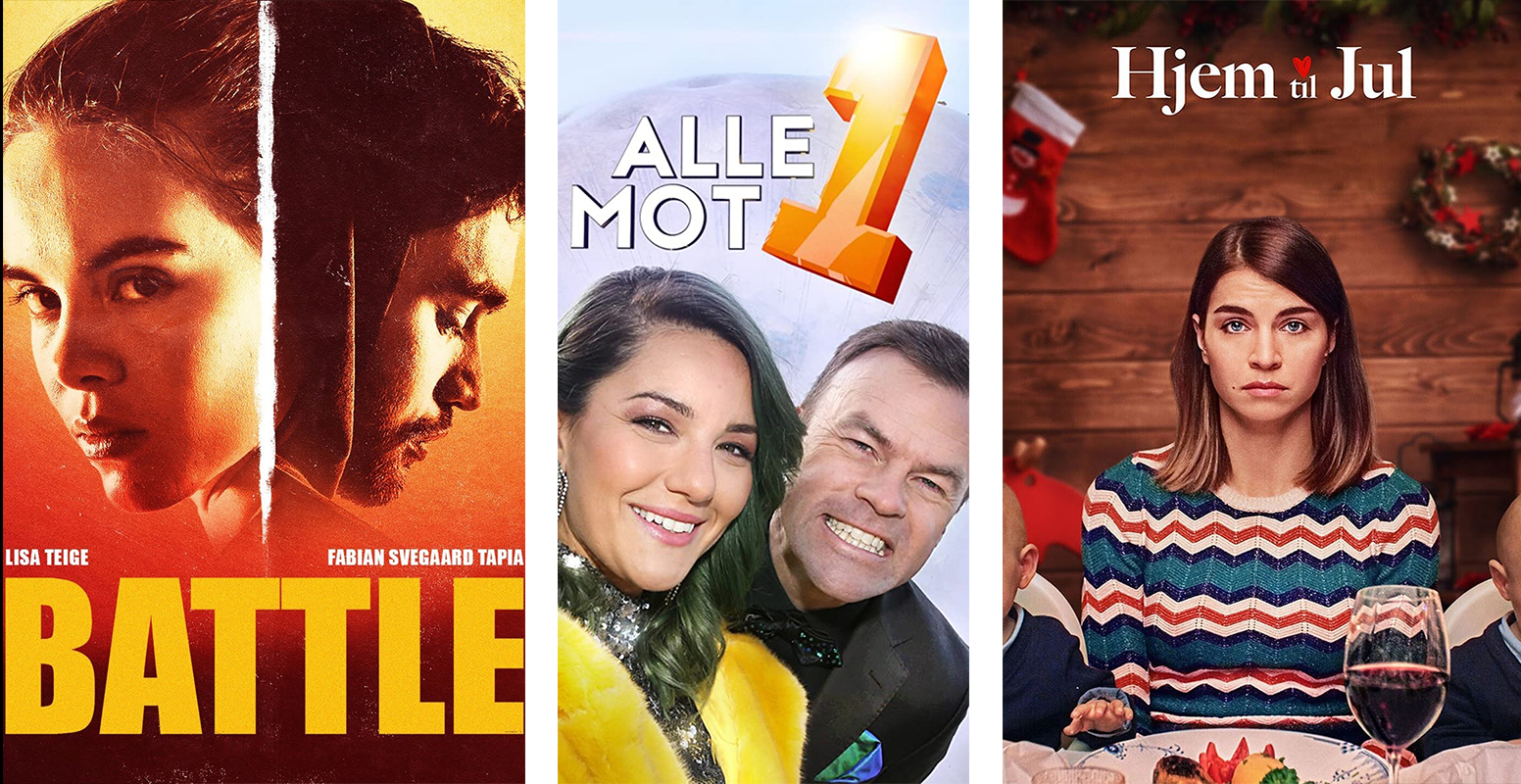 Much of the content that makes its way to North America may give you the feeling that Norwegian TV and movies are either gruesome (think Norsemen, Borderliner) or dead serious (Occupied, Beforeigners) or both (The 12th Man, 22nd July). But we are in a golden era of viewing choices, with online content opening up to international audiences, so you can watch a variety of shows in the comedy, drama, reality and competition genres.

Unge Lovende / Young and Promising – Three young women in Oslo fumble through life in the city as they navigate adulthood. (Amazon Prime)

Battle – Young dancer Amalie has to ditch her rich girl ways when her father goes bankrupt. She stumbles into a new rhythm when she meets hiphop dancer Mikael. (Netflix)

Atlantic Crossing – Princess Märtha undergoes a personal and political awakening during WWII while exiled in the US. (Coming to PBS April 4)

Alle mot 1 – (All against 1) – A game show where one player competes against the whole country of Norway. Watch the 2020 Syttende Mai episode with Prime Minister Erna Solberg.

K֨åss til kvelds – A late night humorous talk show hosted by Else Kåss Furuseth. Turn on captions to help follow the lively discussion!

The Voice – Norges beste stemme
Now in its sixth season, Norway’s version of The Voice started 2021 with a performance that left the panel of mentors speechless.

Avkledd – Jenny Skavlan adores fashion and upcycling used clothes. With her own quirky experiments she explains why we dress the way we do. (NRK)

Med Monsen på villspor – Adventurer Lars Monsen is back with 5 new episodes. Dropped blindfolded into the wilderness, Lars must survive and complete his task before time runs out.

Idrettsgalla 2021 – An awards show for the best athletes of 2020 hosted by Johan Golden, featuring presentations and appearances by many celebrities.

Hver Gang Vi Møtes – 7 famous musicians live together for a week and cover each other’s songs each night over dinner. Wonderment and tears ensue. Look up the original songs to see the transformation.