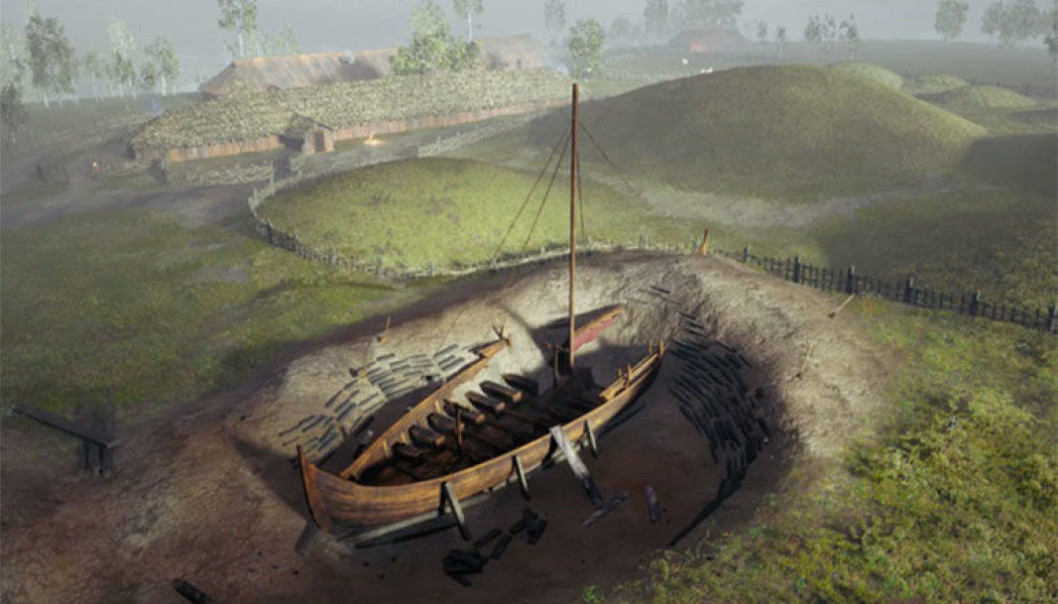 Norway’s first Viking longship excavation in over a century is nearing its final stages, with work expected to conclude in early 2021 following an extension of the project. It has been a source of fascination among academics and casual enthusiasts alike, with findings that may shed new light on early Viking society.

The Gjellestad longship was discovered in late 2018, just 20 inches belowground in a field used for farming near the town of Halden in southeastern Norway. Scientists urged prompt excavation of the site, in part to prevent further damage from fungus and rot that may be linked to the construction of a drainage ditch across the site in the mid-1900s.

Using radar to “see” underground in the area where the burial ship was discovered, researchers found many additional graves, as well as a large complex of structures believed to have been used for extravagant feasts and celebrations, religious ceremonies and traditional funeral rites. These findings show that the longship was not an isolated burial site as initially believed, but rather, experts suggest, an elite cemetery at the social and political center of Viking high society in the region.

The Gjellestad longship is adjacent to an older, previously discovered burial site known as the Jell Mound. Together, researchers say, the discoveries tell a story: That what began as an ordinary mound cemetery was later transformed into an elite burial ground as the “ultimate expression of status, wealth and connection in Iron Age Scandinavia,” according to a paper published by Cambridge University and quoted by Smithsonian.

Based on the findings, the authors say the area was likely populated by a wealthy society for generations during a key period in Scandinavian history. The 60-foot Gjellestad longship was buried around 800 A.D., which is widely regarded as the beginning of the Viking Age. Commenting on the ship’s proximity to the older graves, excavation leader Christian Rodsrud told the BBC, “it is clear that the Vikings wanted to relate to the past.”

For updates on the continuing excavation, and to view earlier discussion of the project, join The Gjellested Ship Project on Facebook, hosted by the Viking Ship Museum (@VikingShipMuseum).